One of the best-known Native American artists, James Luna (Luiseño, Puyukitchum, Ipai, and Mexican, 1950–2018) used his body in performances, installations, and photographs to question the fetishization, museological display, and commodification of Native Americans. The National Gallery of Art has acquired two James Luna artworks, historic multipart examples of his practice: The Artifact Piece (1987/1990) and Take a Picture with a Real Indian (1991/2001/2010). These are significant additions to the permanent collection by this influential contemporary Native American artist.

The Artifact Piece (1987/1990) was first presented at the San Diego Museum of Man and later at the Studio Museum in Harlem as part of the landmark Decade Show. The James Luna artwork comprises two vitrines, one with text panels perched on a bed of sand where Luna originally lay for short intervals wearing a breechcloth, and the other filled with some of Luna’s personal effects, including his college diploma, favorite music, and family photos. The Artifact Piece resonated broadly in the 1980s and has grown in influence among artists and scholars ever since. In 2020 the Luna Estate collaborated with the Garth Greenan Gallery to plan for the posthumous presentation of The Artifact Piece, in which a surrogate will leave an impression in the sand, signaling the absence of the artist.

Take a Picture with a Real Indian (1991/2001/2010) was first presented at the Whitney Museum of American Art in 1991 and later reprised in 2001 in Salina, Kansas, and in 2010 on Columbus Day (now Indigenous Peoples’ Day) outside Washington, DC’s Union Station. It is James Luna’s most interactive artwork, in which individuals originally posed with Luna himself or with three life-size cutouts of the artist, two wearing varieties of traditional Native dress and the third in chinos and a polo shirt. In keeping with the Luna Estate’s wishes, the “standees” will represent the artist posthumously in future installations. When someone interacts with this work, two Polaroid photographs are taken: one for the participant to take home and one that remains with the work as a record of the performance. Luna found he attracted more participants while in Native dress than in street clothes, demonstrating the popularity of stereotypical Native American identity and its construct as a tourist attraction. 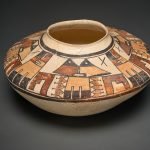 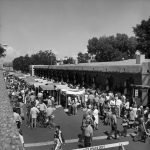 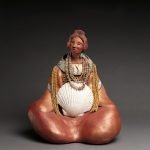 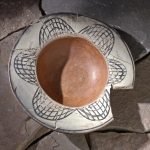