The Heard Museum is pleased to announce its forthcoming exhibition, “Between the Lines: Art from The No Horse Ledger Book,” opening on May 6. This original exhibition, a collaboration between Director of Research, Dr. Ann Marshall, and the Heard’s Andrew W. Mellon Foundation Fellow, Will Riding In, showcases 28 selections from a ledger book made by six artists from the Southern Cheyenne and Arapaho Reservation between the late 1870s and 1882.

Ledger art is a continuation of artistic painting traditions that were done on buffalo or elk hide. When graphite and colored pencils, ink, watercolors, and ledger books, provided by traders and government agents, were introduced those same artistic skills and knowledge of art were transferred to ledger paper.

The artwork in the No Horse Ledger Book primarily depicts scenes of warfare and includes processional group dances and displays of horsemanship. The images reveal the artistry and individualism of the makers, expressed between the lines of ledger paper.

This is the first time the Heard has focused exclusively on the collection of drawings from The No Horse Ledger Book since it was given to the collection by the Connell Family in 1982, who had it in their private collection for over 100 years. Trustrim Connell, a Civil War Medal of Honor recipient, was in charge of the Wells Fargo Agencies in Indian Territory during the 1880s when his family acquired the ledger book.

It is one of the rare ledger books that remained intact with a single family.

ABOUT THE HEARD MUSEUM

Since its founding in 1929, the Heard Museum, a private nonprofit organization, has grown in size and stature to become recognized internationally for the quality of its collections, world-class exhibitions, educational programming and unmatched festivals. Dedicated to the advancement of American Indian art, the Heard successfully presents the stories of American Indian people from a first-person perspective as well as exhibitions that showcase the beauty and vitality of traditional and contemporary art. 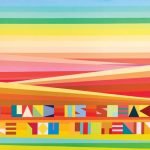 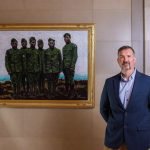 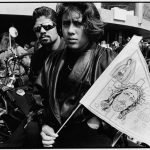 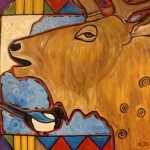