The more investigation into America’s great Black artists I conduct, the more I keep reading about Howard University. The Historically Black College and University in Washington, D.C. comes up so frequently in my research, I was inspired to “Google:” Howard University famous artists.

Not satisfied with any of the search results, I determined to compile them myself. Look at the products of the Howard University Department of Art.

David Driskell (1931-2020) earned his undergraduate degree in liberal arts from Howard University in 1955 and went on to teach there in the early 1960s.

James Herring (1887-1969) founded the Howard University Department of Art in 1922. In 1943, along with Alonzo J. Aden, he opened the Barnett-Aden Gallery in D.C. The gallery was the first Black privately owned and operated art gallery in the United States.

James Lesnesne Wells (1902-1993) became a crafts instructor at Howard University in 1929. He was a leading printmaker.

James Porter (1905-1970) entered Howard in 1923, turning down a scholarship offer from Yale. He performed so well as a student that, upon graduating in 1927, he was offered a teaching position.

Alexander “Skunder” Boghossian (1937-2003) was the first contemporary artist from Africa (Ethiopia) to have work acquired by the Museum of Modern Art in New York. He began teaching at Howard in the 1970s.

Hughie Lee Smith (1915-1999) was an artist-in-residence at the school and later taught there.

Bisa Butler earned her BFA from Howard in 1995 and is one of the most important contemporary artists of the 21st century. Her portrait quilts have revolutionized the medium and what is expected from the walls of art museums.

Amber Robles-Gordon earned her MFA in painting From Howard University in 2011. 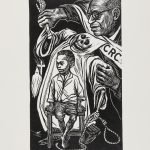 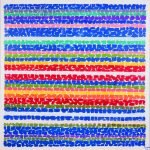 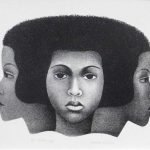 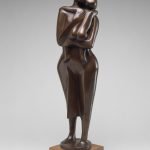