The Jewish Museum presents The Hare with Amber Eyes, an exhibition that tells the story of the Ephrussi family—celebrated in the 2010 memoir and “The New York Times” bestseller of the same name by Edmund de Waal—and showcases the breadth and depth of their illustrious collection. The exhibition, on view at the Jewish Museum from November 19, 2021 through May 15, 2022, explores the family’s rise to prominence and splendor in the first half of the nineteenth century, followed by a focus on the prolific collector and historian of art, Charles Ephrussi, to the inter-war years, and finally World War II, when the family lost its fortune and collection to Nazi looting.

Diller Scofidio + Renfro, working closely with de Waal and the Jewish Museum, has created an interpretive installation using family and loaned artifacts that trace the turbulent history of their movements through place and time. The architecturally distinguished homes the Ephrussi family inhabited over the course of generations will be evoked within the domestic setting of the Jewish Museum and brought to life through excerpts from de Waal’s memoir.

The exhibition will bring together pieces from the Ephrussi’s collections to examine the ways in which objects can function as storytellers, symbols of resilience, and monuments of a family legacy, including artworks by Jean-Honoré Fragonard, Berthe Morisot, Claude Monet, Gustave Moreau, and Auguste Renoir, among others; decorative objects; and family photos and ephemera from their lives across four continents.

At the exhibition’s centerpiece is the extraordinary collection of Japanese netsuke, miniature carved sculptures of the Edo Period (17th-19th centuries), hidden by a maid from German officials in her mattress during World War II, and later returned to the family after the war. The collection of netsuke has since been handed down to subsequent generations, serving as a connection between the past and the present. The most recent member of the family to inherit the collection, author and ceramicist Edmund de Waal, drew from them the inspiration for his memoir The Hare with Amber Eyes, continuing the family’s storied legacy of artistic and cultural pursuits.

The Hare with Amber Eyes traces the Ephrussi family’s progression as one of the most influential Jewish families in nineteenth century Europe, beginning with Charles Joachim Ephrussi (1793-1864), who built a vast fortune through grain distribution and the oil industry in Odessa. His descendants continued to grow the family’s wealth and influence as financiers, becoming peers of the Rothschild family, and expanding their presence across the major capitals of Europe.

In Vienna, Charles’s son Ignace (1829-1899) founded the Ephrussi & Co bank, eventually receiving the noble title of Knight (Ritter). The Ephrussis achieved high social status as leading participants in the imperial city’s flourishing economic and architectural sectors and were known for their cultural and intellectual contributions.

Reflecting their success, the family commissioned the Palais Ephrussi, a noble residence on the famed Ringstrasse. The family owned castles and estates throughout Europe, including the famous Villa Ephrussi de Rothschild on the French Riviera.

Charles Ephrussi (1849-1905), one of the notable members of the family, was Charles Joachim Ephrussi’s grandson and a distinguished art critic, historian, and collector. He was a prominent figure in the cultural fabric of late 19th century Paris, serving as part-owner, editor, and contributor to the Gazette des Beaux-Arts, the famed French art review that was the foremost art historical reference during this period. Through his activities, he befriended luminaries of the thriving Parisian art and literary scenes, including Edgar Degas and Edouard Manet among the Impressionists, Jules Laforgue the symbolist poet, and writer Marcel Proust. Charles’s presence can be felt across the history of art in the period—his likeness appears in the work of Edgar Degas and Auguste Renoir, and he served as a inspiration for a central character (Charles Swann) in Proust’s masterpiece, In Search of Lost Time.

In addition to fine art, Charles Ephrussi amassed a significant collection of Japanese art and decorative objects, including netsuke figurines, miniature wooden or ivory carved sculptures used as garment toggles. This was a reflection not just of Charles’ encyclopedic interests but of Japonisme, the interest in Japanese art and design among Europeans after trade between the West and Japan resumed in the 1850s following a 250-year hiatus. Charles was one of the important promoters of Japanese art in France during this period, eventually acquiring a total of 264 netsuke figurines, of which some 150 remain in the family collection today.

As one of the most prominent Jewish families in Europe, the Ephrussis became a major target as antisemitisim grew in the late 19th and 20th centuries. During World War II, the family found refuge in exile, making their way to England, America, and Mexico. They lost their vast fortune and priceless art collection to the Nazis and were unable to recover their wealth and most of their property in the aftermath of the war. One exception was the collection of netsuke, featured prominently in this exhibition.

The book, The Hare with Amber Eyes, has won many literary honors including the RSL Ondaatje Prize and the Costa Biography Award and has been translated into over 30 languages. In 2015, de Waal was awarded the prestigious Windham-Campbell Prize for Non-Fiction by Yale University. The following year, it was chosen as the Independent Bookshop Week’s Book of the Decade.

The Hare with Amber Eyes is organized by the Jewish Museum, New York; Stephen Brown, Curator, with Shira Backer, Leon Levy Associate Curator; and Elizabeth Diller in collaboration with Edmund de Waal. Interpretation and design by Diller Scofidio + Renfro. Based on the exhibition The Ephrussis: Travel in Time, organized by the Jewish Museum Vienna.

About the Jewish Museum

Located on New York City’s famed Museum Mile, the Jewish Museum is a distinctive hub for art and Jewish culture for people of all backgrounds. Founded in 1904, the Museum was the first institution of its kind in the United States and is one of the oldest Jewish museums in the world.

Devoted to exploring art and Jewish culture from ancient to contemporary, the Museum offers diverse exhibitions and programs, and maintains a unique collection of nearly 30,000 works of art, ceremonial objects, and media reflecting the global Jewish experience over more than 4,000 years.

The public may call 212.423.3200 or visit TheJewishMuseum.org for more information. 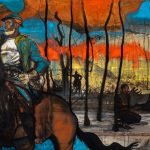 January 22, 2022 No Comments on Chaz Guest ‘Memories of Warriors’ 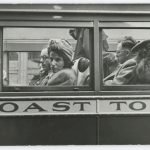 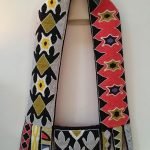 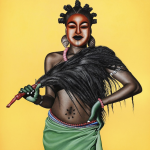 A SMALL selection of the artworks from 2021 I had