MAD Arts, an art initiative developed by MAD, an agency providing a playground for art and artmaking, launched XHBTN: The Art + Grafik Design of David Carson on December 4. The art exhibition, which runs through Saturday, February 19, 2022, spotlights the most recent collage art works by internationally acclaimed designer David Carson, who has been dubbed as “one of America’s most important artists,” by Smithsonian Institute Magazine. This is the largest and most comprehensive look at David Carson’s work to date.

David Carson is one of the most prominent contemporary graphic designers and art directors of our time. In fact, his unconventional and experimental graphic style revolutionized the graphic designing scene in America during the 1990s. XHBTN: The Art + Grafik Design of David Carson showcases Carson’s fine art collages which were recently featured in his 2021 projects for Macallan Whisky, Porsche; as well as in his recent MasterClass which received more than 4 million views.

These collages feature a series of formal and abstract explorations between graphic design elements from Carson’s work and different materials that Carson finds in his everyday life. Also on display are his iconic magazine cover designs for Transworld Skateboarding, Beach Culture, Surfer Magazine, and Ray Gun. In addition, there is a dedicated room with screens displaying NFT’s of Carson’s work. The NFT’s and many of Carson’s new original art pieces are for sale during the exhibition.

According to AIGA/Eye on Design, “he is a man who has transformed the field of graphic design throughout his career. Self-taught, resolutely grid-free, and unafraid to speak his mind (he’s also very funny), Carson’s work made designers realize that editorial layouts didn’t have to follow the rules around image placement, consistent typography, or doggedly flowing copy issue after issue.”

XHBTN: The Art + Grafik Design of David Carson is free and open to the public and will run at MAD Arts through February 19, 2022. MAD Arts is located at 481 S. Federal Highway in Dania Beach, FL. 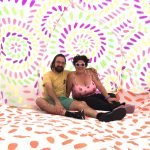 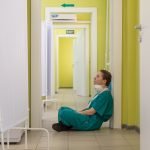 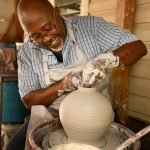 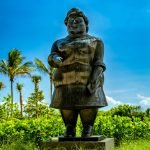