Another year wraps up at the Cummer Museum of Art and Gardens. 2021 saw perhaps the most exciting schedule of exhibitions, along with iconic artworks refreshed, fill the museum’s galleries.

The highlight, undoubtedly, was the presentation of “Zanele Muholi: Somnyama Ngonyama, Hail The Dark Lioness,” an internationally touring exhibition featuring more than 80 self-portraits by visual activist Zanele Muholi (South African, b. 1972). Muholi ranks among the most important contemporary artists working in any medium anywhere in the world. Bringing her work to Jacksonville, Florida was a major coup for director Andrea Barnwell Brownlee in her first year on the job.

Brownlee pulled a rabbit out of the hat with the Zanele Muholi show, working connections to schedule the show in a weekend’s time after a COVID-19 disruption pulled the rug out from under an exhibition the museum had long previously planned to exhibit. Like. A. Boss.

“Hail the Dark Lioness” featuring contemporary black-and-white photography from a globally in-demand, non-gender binary, Black, South African artist may have been the greatest “stretch” to ever be seen at the Cummer, which celebrated its 60th anniversary in 2021. Under Brownlee’s care, patrons can look forward to more “stretching.”

This exhibition alone would have made the year one to remember, but the Cummer didn’t stop there.

Rebecca Louise Law brought over one million preciously cut and preserved botanicals connected by hand to copper wire, hung floor to ceiling in strands measuring nearly 18-feet, for “The Journey,” the museum’s headline attraction for the second half of 2021. Law’s “painting in air” was not only a feast for the eyes, it filled the nose as well. The British artist’s installation delighted with whiffs of herbal, grassy, woodsy notes.

Having been off view to receive conservation work for almost two years, Peter Paul Rubens’ (1577-1640) The Lamentation of Christ returned to public display at the Cummer. This delicate work is the centerpiece of the Museum’s Baroque collection and the only painting by Rubens on display. The Lamentation of Christ is believed to have been painted during Rubens’ first trip to Italy and is an original work of art on copper.

In addition to the Reubens, artworks from the museum’s permanent collection not seen in many years by Romare Bearden and James Castle, along with a loan of Elizabeth Catlett, invigorated the galleries.

A provocative exhibition of Cheyenne drawings from the 1870s enlightened audiences to the historic mistreatment of Indigenous people in the United States with a chilling connection to northeast Florida. “Imprisoned but Empowered: Cheyenne Warrior Artists at Fort Marion” showcased a large selection of notebook-sized, color pencil on paper drawings from a Cheyenne captives held at Fort Marion in St. Augustine following the Red River War in 1875.

Topping 2021 will prove difficult for the Cummer Museum, fortunately for visitors, Brownlee and her team already have big plans for 2022. 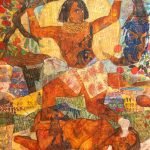 Exhibition of self-portraiture at Academy Art Museum in Maryland 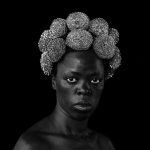 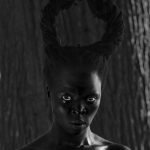 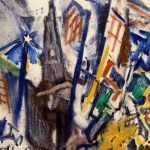 Cummer Museum of Art and Gardens