(This story originally published by Forbes.com)

This past April, my husband and I had the opportunity to spend a weekend in Canton learning about the Pro Football Hall of Fame’s plans, but many of the memories that will stick with us took place off the campus.

My husband and I were lucky enough to be shown around town by a group of locals, all of whom own businesses downtown, who couldn’t have exuded more excitement and pride for their chosen home. If I’m being honest, Canton was really a travel destination that was on my radar prior to this trip, but I was happily proven wrong in my misconceptions of this vibrant city that has so much to offer beyond the Pro Football Hall of Fame.

We flew into Canton late on Friday afternoon, so that left us just enough time to sneak in dinner at a local spot. We ended up at Table Six, which was located just down the street from our hotel, the Hyatt Place in Canton (average nightly rate: $129). 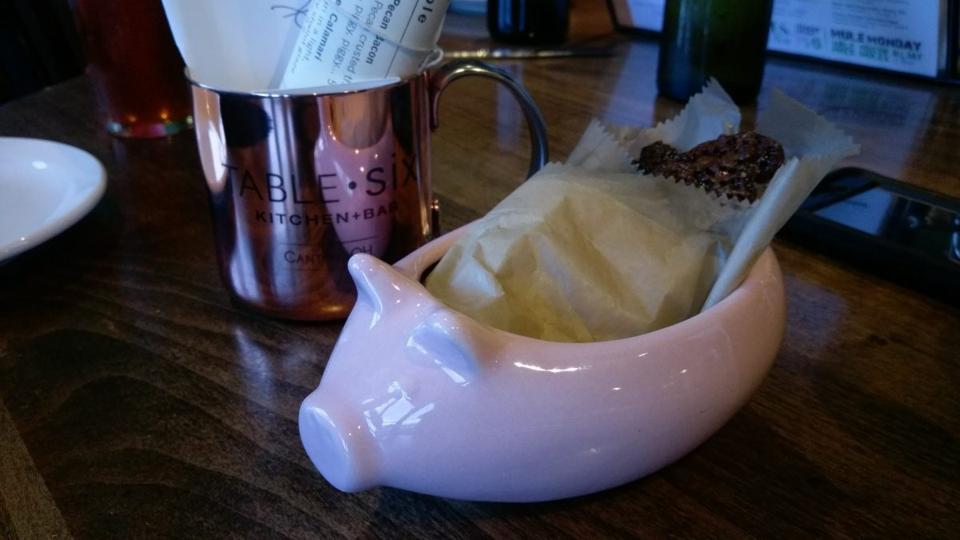 Table Six was hopping on this Friday night, and it was clear the locals enjoy both the food and the drinks. If you love bacon — and, let’s be honest, who doesn’t? — you have to order the Maple Pecan Bacon ($5.80) as a starter. As you can tell from the copper mug, Table Six has a great selection of Moscow Mule varieties, which I very much enjoyed. If you arrive in time, hit the daily happy hour from 4-6 p.m.

The Hyatt Place is conveniently located less than four miles from the Pro Football Hall of Fame, so we took a short drive over that morning to check out the Hall of Fame Museum and learn more about all the future plans.

After spending our day at the Hall of Fame Museum, we kicked off our evening with the Canton Underworld Experience ($48/person), a walking tour by Canton Food Tours. As we walked through “Little Chicago” in downtown Canton, we were treated to a history lesson from our guide Barb Abbott on prohibition and the speakeasy culture in Canton at the time. 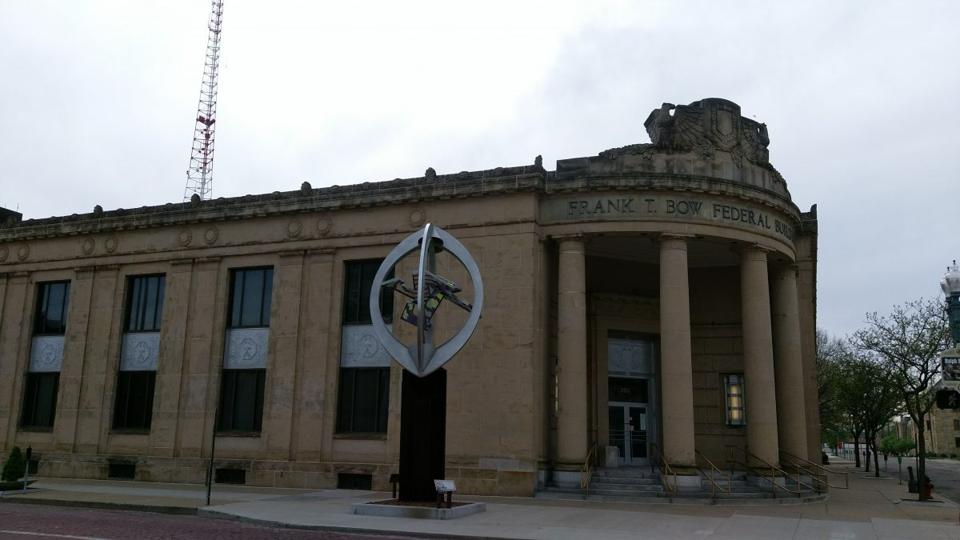 Part of “The ELEVEN” art installation around Canton, “Birth” of the NFL (1920) is located at the corner of 2nd Street SW and Cleveland Ave. SW.

During our walk, we came across the first art installation placed as part of “The ELEVEN, a $2.2 million multi-year project of ArtsinStark and The Pro Football Hall of Fame celebrating the greatest moments in professional football history. The eleven pieces of world-class art that are part of the project are placed throughout downtown Canton.  This walkable exhibit is just another way in which the football culture is woven throughout the city, even off the Pro Football Hall of Fame’s campus.

You’ve surely heard of the many presidential libraries established across the country, but our walk downtown took us by a site I knew less about: the National First Ladies Library, which is operated by the National Park Service. Established in 2000, part of the site is the Ida Saxton McKinley House, the family home of First Lady Ida Saxton McKinley and the longtime residence of William and Ida McKinley. You can tour the site Tuesday – Thursday with tickets ranging from $7 for adults to $5 for children.

The library was closed when we passed by, but we proceeded through downtown and instead hit Escape Room Downtown for more prohibition-themed fun in the “Bootlegger’s Lair” escape room. I had never done an escape room previously, but it was definitely a fun way to continue the prohibition theme and get to know our new friends. It was also much more difficult than I ever expected — but we escaped with just one second to spare! 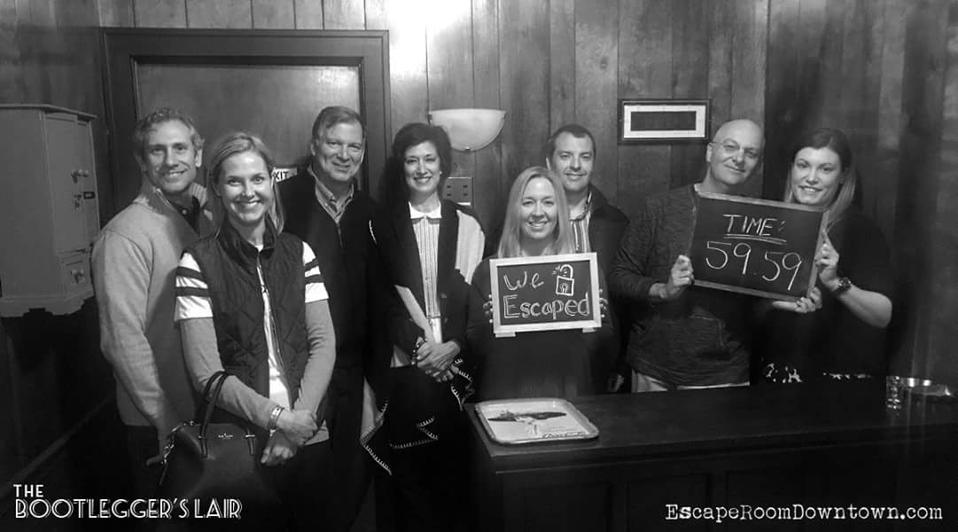 The escape room experience is included in the Canton Underworld Experience from Canton Food Tours, along with a prohibition-themed cocktail (including gratuity for the bartender) and the walking tour itself.

We completed our evening with a prohibition-themed dinner at The Speakeasy a tap room below Canton Brewing Company. Our friendly local guides — Amy and Greg Eibel of Little Chicago Clothing Co., Jess and Doug Bennett of Letterpress Jess (Amy and Jess also co-own downtown’s Print and Press Shop and Studios), and Cathy and Patrick Wyatt of Carpe Diem Coffee Shop — joined us for an amazing meal. I think all eight of us agreed the Scotch Eggs ($8.95) are a can’t miss when you visit. 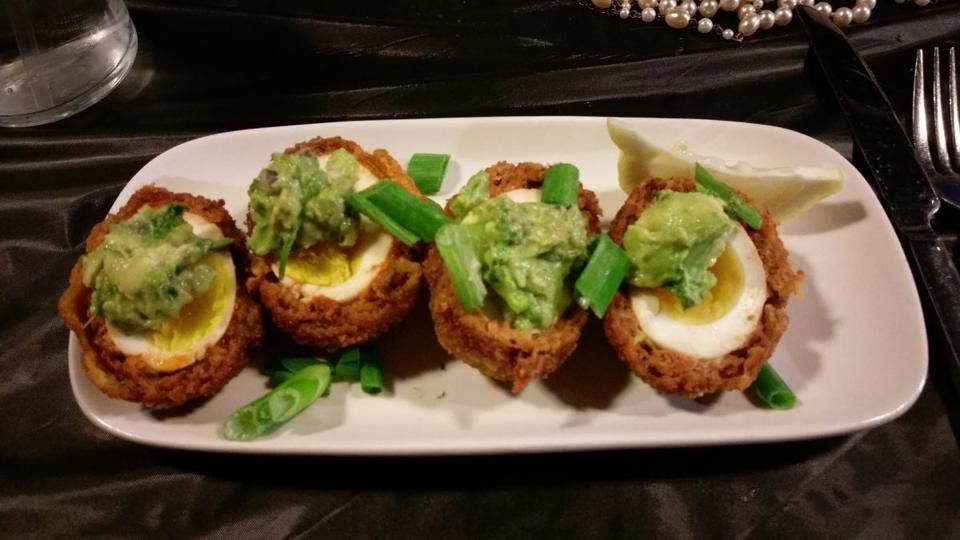 The Scotch Eggs at The Speakeasy at Canton Brewing Company

After getting some shuteye back at the Hyatt Place, we spent our second day at Gervasi Vineyard, a Tuscan-themed winery in Canton.

Having spent time in Wine Country on multiple occasions, I have to admit that I wasn’t expecting much out of a winery in Canton, Ohio. As we pulled off the main road and into the heart of the 55-acre property and began hooking around the drive, and as The Villa Grande rose in the distance, I no longer felt like I was in Ohio. 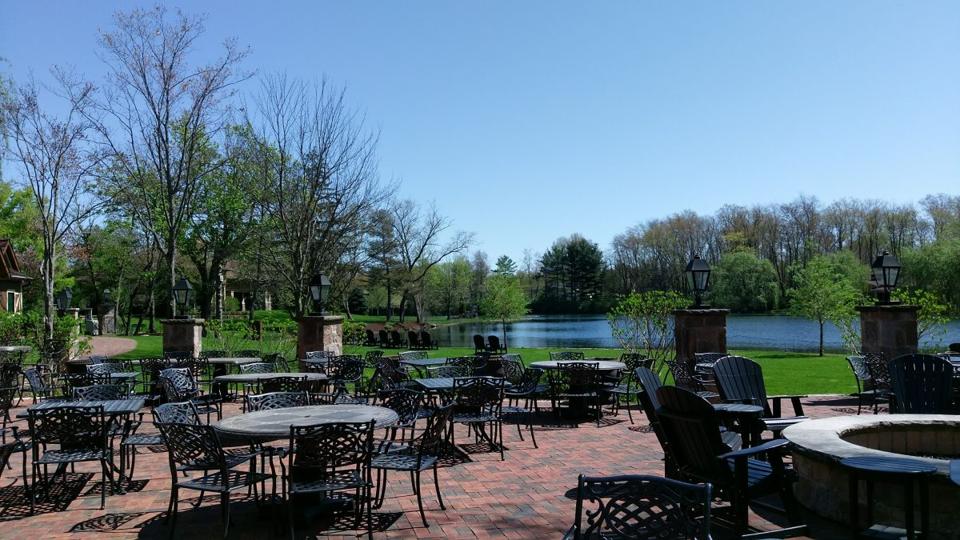 The only disappointing thing about Gervasi Vineyard is that we didn’t discover it until our last day in Canton. The property is stunning, the award-winning wine was impressive and the food was unbelievably good.

Head winemaker Andrew Codispoti, an Italian immigrant whose mother made small batches of wine from their home in Italy, toured us around the winery and shared with us his passion for making great wines. The technology and equipment the owners of Gervasi Vineyard have committed to this winery are impressive, and combined with Codispoti’s knowledge have created wines that are probably Ohio’s best kept secret. 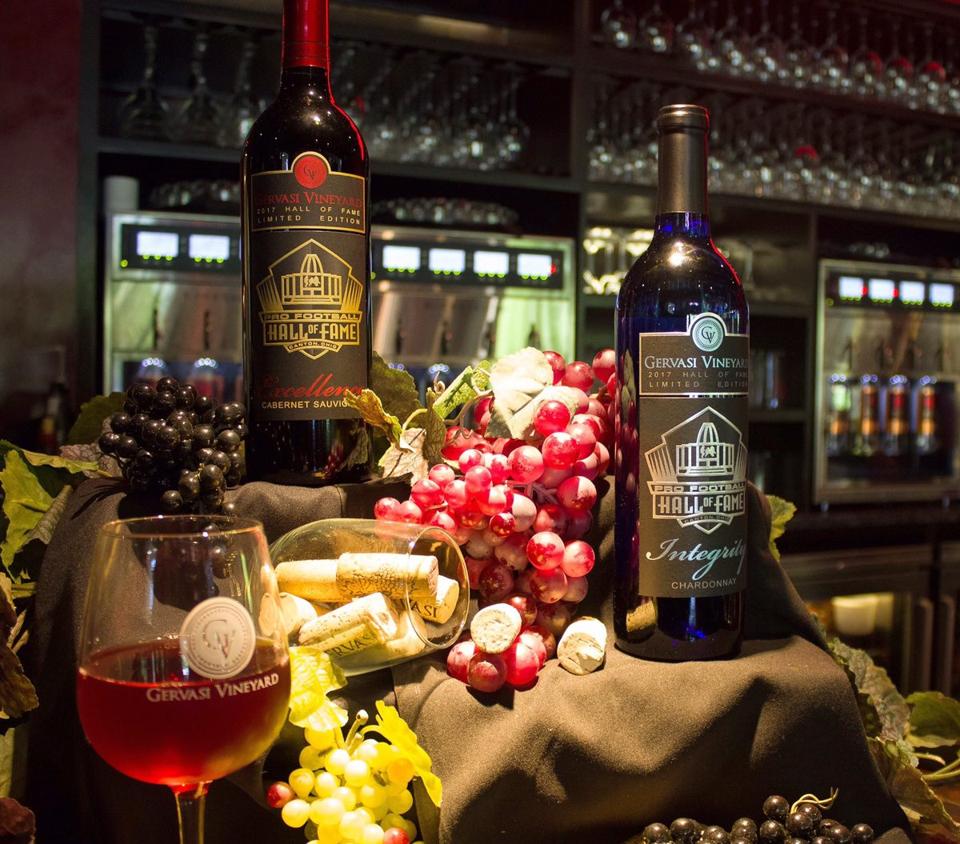 And even though you’ll feel a world away at Gervasi Vineyard, you’re never far from the Pro Football Hall of Fame in Canton. The two have teamed up both in 2016 and 2017 for a co-branded wine. In 2016, it was “Excellence,” a Cabernet Sauvignon, and in 2017 “Integrity,” a Chardonnay. The wines draw their names from the Pro Football Hall of Fame’s core values learned from football — commitment, integrity, courage, respect and excellence.

Complimentary tours of the winery are offered every Saturday at 12:00 noon, 1:00 p.m. and 2:00 p.m. at The Crush House Wine Bar & Eatery, and you can sample all of the wines at the tasting bar either before or after your tour. Not a wine lover? They also have a selection of their own craft beers. 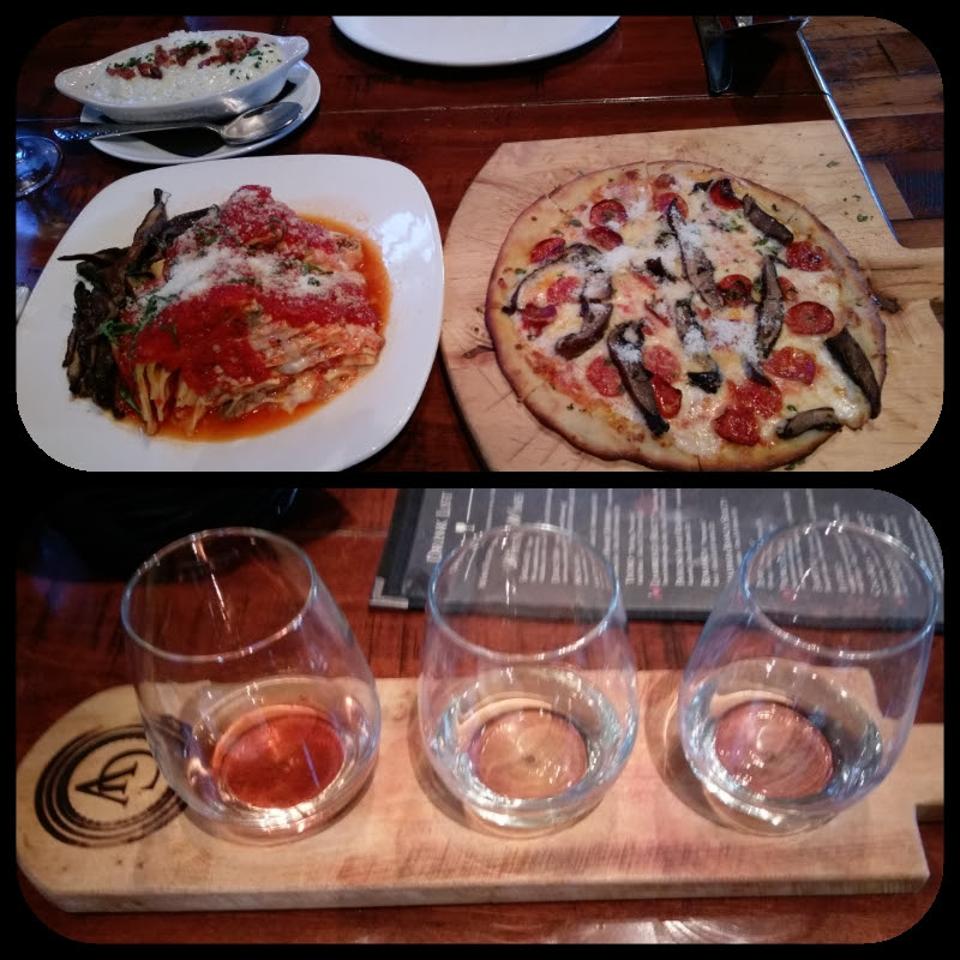 I’d also highly recommend a meal at The Bistro. We were lucky enough to visit on a Sunday, which meant we got to try Sunday Supper, a $17/person family-style meal that includes a salad, lasagna and pizza. I also added a wine flight, and found my favorite was the Malvasia Bianca.

This upscale Italian restaurant has an ambiance that’s only topped by the quality of the food and wine. It’s a must-visit while you’re in Canton at the Pro Football Hall of Fame.

The Pro Football Hall of Fame might be what brings you to town, but the people, the food and the wine will keep you coming for more.

For golf lovers, there’s no place like Kiawah Island (and no place better)